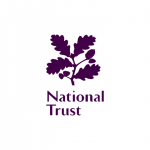 About the Volunteer Opportunity

Rangers love the countryside and being out in the fresh air, so they know what our outdoor visitors need. They’re great at taking care of the wildlife and stunning historical landscapes, for ever, for everyone.

This role will suit you if you are:

By getting involved you could:

All volunteers undergo an induction, relevant training and periodic reviews. All equipment and necessary uniform will be provided.  Reimbursement of out-of-pocket travel costs between home and volunteering location (up to 40 miles per day) is granted in accordance with National Trust policy and agreed with the National Trust manager.

In a remote and green valley of County Tyrone stands Wellbrook Beetling Mill, now a lone reminder of the flourishing linen industry which once operated around Corkhill, near Cookstown.  Situated in a peaceful, wooded glen along the Ballinderry River, Wellbrook Beetling Mill stands as a reminder of Ulster’s once-flourishing linen industry that dates back to the late seventeenth century.

The mill was in operation until 1961 and was given to the Trust, along with one acre of land, by Mr. S. J. Henderson in 1967. The building, machinery, and watercourses were in a state of disrepair and required extensive restoration work. With the help of the Landmark Trust and a public fundraising appeal, £25,000 was raised to finance the repairs. Several years later, on Friday 19 June 1970, Wellbrook was officially opened to the public by the Chairman of the Irish Linen Industry.

Volunteers may be required to complete an Access NI disclosure for some volunteering roles.  A criminal record will not necessarily be a bar to obtaining a volunteer position.

This website uses cookies to improve your experience while you navigate through the website. Out of these, the cookies that are categorized as necessary are stored on your browser as they are essential for the working of basic functionalities of the website. We also use third-party cookies that help us analyze and understand how you use this website. These cookies will be stored in your browser only with your consent. You also have the option to opt-out of these cookies. But opting out of some of these cookies may affect your browsing experience.
Necessary Always Enabled
Necessary cookies are absolutely essential for the website to function properly. These cookies ensure basic functionalities and security features of the website, anonymously.
Functional
Functional cookies help to perform certain functionalities like sharing the content of the website on social media platforms, collect feedbacks, and other third-party features.
Performance
Performance cookies are used to understand and analyze the key performance indexes of the website which helps in delivering a better user experience for the visitors.
Analytics
Analytical cookies are used to understand how visitors interact with the website. These cookies help provide information on metrics the number of visitors, bounce rate, traffic source, etc.
Advertisement
Advertisement cookies are used to provide visitors with relevant ads and marketing campaigns. These cookies track visitors across websites and collect information to provide customized ads.
Others
Other uncategorized cookies are those that are being analyzed and have not been classified into a category as yet.
SAVE & ACCEPT